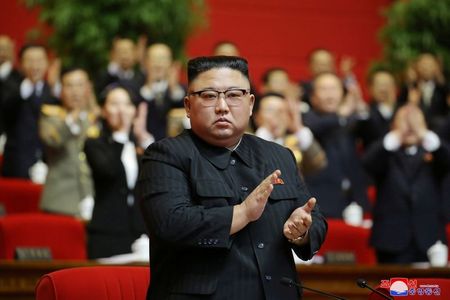 SEOUL (Reuters) – The name of North Korean leader Kim Jong Un’s sister was missing from a new list of the ruling Workers’ Party’s politburo, according to state media on Monday, raising questions about her status after several years of increasing influence.

The party held elections on Sunday for its Central Committee at a congress, which maps out diplomatic, military and economic policy goals over the next five years.

Kim Yo Jong, Kim Jong Un’s sister, remained a member of the Central Committee but was not included in its politburo, lists released by the North Korean state news agency, KCNA, showed.

In 2017, Kim became only the second woman in patriarchal North Korea to join the exclusive politburo after her aunt Kim Kyong Hui. South Korea’s intelligence agency said in August she was her brother’s “de facto second-in-command”.

But the signals were mixed for observers of the reclusive regime. Her absence from the politburo list comes days after she took the leadership podium for the first time alongside 38 party executives as the congress began.

“It is too early to draw any conclusion about her status, as she is still a Central Committee member and there’s a possibility that she has taken up other important posts,” said Lim Eul-chul, a professor of North Korean studies at Kyungnam University in Seoul.

Michael Madden, a North Korea leadership expert at the U.S.-based Stimson Center, said Kim Yo Jong enjoyed the highest degree of influence on policy regardless of whether she was in the politburo or not.

“We have become accustomed to seeing her in a more public role, but Kim Yo Jong’s political roots and her formative career experience are behind the scenes, not sitting on a platform listening to speeches,” he said.

Leader Kim Jong Un cemented his power at the congress with his election as party general secretary, taking the title from his late father, Kim Jong Il.

Kim has wielded almost absolute power in North Korea’s dynastic system since taking over following the death of his father, Kim Jong Il, in 2011.

KCNA said the congress “fully approved” a proposal to promote Kim to the position, which it called “the top brain of the revolution” and “the centre of the leadership and the unity”.

“Kim’s takeover shows his confidence, that he has now officially joined the ranks of his father and grandfather,” said Yang Moo-jin, a professor at the University of North Korean Studies in Seoul.

“It also indicates his strategic intention to centralise the party system around him and reinforce his one-man rule.”

The reforms to leadership announced over the weekend may seem cosmetic to outside observers but appear aimed at allowing Kim to move away from having to personally manage day to day business and instead exert a more deliberative function, Madden said.

“North Korea currently functions as a tribe and Kim Jong Un wants it to function like a monarchy,” he said.

One figure who appeared to be rising quickly was Jo Yong Won, newly named to the politburo’s five-strong presidium and the party’s formidable Central Military Commission.

Choe Son Hui, a vice foreign minister who was instrumental in preparing for a second, failed summit with U.S. President Donald Trump in 2019, was demoted.

Kim has said he would expand diplomacy but vowed on Friday to develop weapons including “multi-warhead” intercontinental ballistic missiles, calling the United States “our biggest enemy”.

Kim’s call for more advanced weapons suggested that if he was open to a deal, it would likely be an arms control agreement rather than full denuclearisation, said Tae Yong-ho, a former North Korean diplomat who defected and is now a member of South Korea’s parliament.

“He wants to send a very strong message to the incoming Biden administration,” Tae said in an interview at a Reuters Next conference. 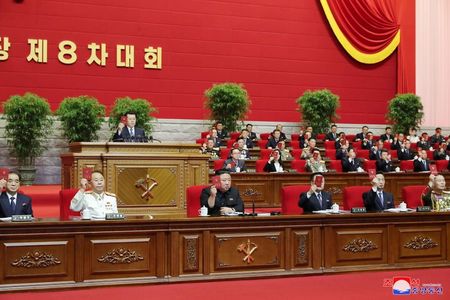 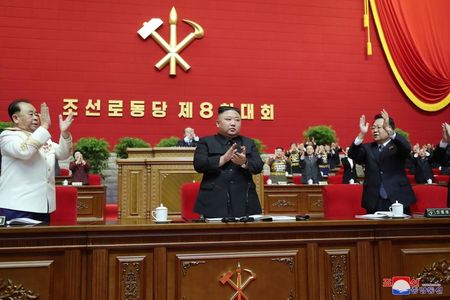 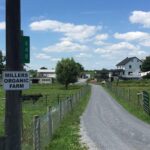 Hannity Rails Against McConnell, Calls for End of His Leadership: ‘What’s Your Agenda, Mitch?’ 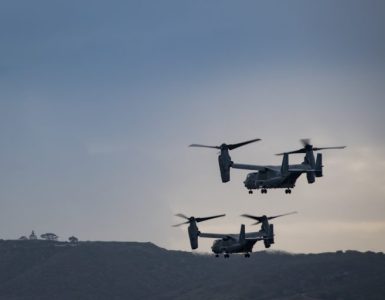