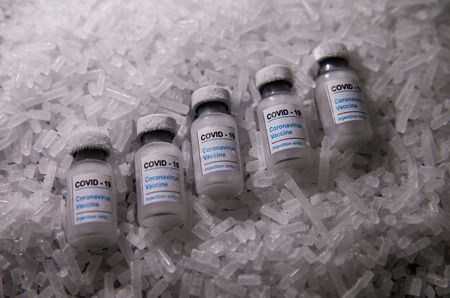 LONDON (Reuters) – A surge in emerging markets linked to the success of COVID-19 vaccines may not fully reflect the challenges of delivering scarce supplies to some of the world’s poorest countries, suggesting a bumpy 2021 for investors in the asset class.

The vaccine rollout is already shaping up to be the investment theme of the year.

Israel’s early immunisation campaign has helped the shekel hit 24-year highs and aided local stocks, while Chile’s peso has gained 1.3% over the past month, helped by its push to finish vaccination by the second quarter.

At the other end of the spectrum, South Africa’s rand and Brazil’s real have been punished recently, in part due to worries about their countries’ vaccine supplies and the spread of a new coronavirus variant in the former.

But elsewhere investors have shown less pickiness after stampeding back into emerging market assets late last year on bets for a robust economic revival from the pandemic.

Yet longer-term global recovery depends in part on vaccine distribution and on this emerging markets are expected to lag developed markets, which have secured more vaccines than needed.

Timely delivery of vaccines is proving to be a “challenge”, World Bank Chief Economist Carmen Reinhart told the Reuters Next conference.

“Everything hinges on the vaccine and the virus. For the economy near term it’s more the virus, for the markets it’s probably more the vaccine,” UBS chief economist Arend Kapteyn said in a recent UBS podcast, referring to the global economy.

Most investors anticipate vaccines should reach emerging markets widely during the second half of the year, a recent Citi survey showed.

That suggests little space has been priced in for potential setbacks, such as further virus waves or vaccination delays. Meanwhile, some countries getting ahead with inoculation are reaping only limited rewards.

“Whenever investors get bullish on global growth, they buy EM FX (emerging market currencies) broadly, rather than getting too deep into the local stories,” said Dirk Willer, head of emerging market strategy at Citi.

More than 60% of the variation in exchange rates was explained by global factors, said Willer.

The outlook for the U.S. dollar, one of those factors, now appears less certain after a bounce from more than 2-1/2-year lows as expectations for a wave of spending under an incoming Joe Biden administration have pushed U.S. Treasury yields up.

A weaker dollar is normally supportive of emerging markets and their currencies.

Citi flagged the risk that markets may start to get concerned about inefficient or slow vaccination programmes in countries already facing fiscal challenges, such as Brazil.

But for most countries, there appears less scrutiny so far.

Russia’s rouble and South Korea’s won have underperformed over the past month, despite the former’s relatively fast inoculation programme and the latter securing a high level of doses as a percentage of population.

Similarly, credit spreads have tightened since the pandemic across the board.

Sovereign bonds of Israel and Abu Dhabi, two of the global leaders in doses administered to date, are trading at similar levels to those of Mexico and Saudi Arabia, two of the laggards.

Still, Mexico’s credit may be supported by it securing one of the highest doses as a percent of the population in emerging markets.

There shouldn’t be too much differentiation in sovereign credit performance based on vaccine performance, said Nick Eisinger, principal for fixed income emerging markets at Vanguard.

“EM will of course benefit from developed countries coming back on line and this stronger activity in exports and services,” he said.

Some investors are looking beyond vaccines, seen as a one-off variable, and instead focusing on more traditional metrics such as public finances and external funding needs.

“We don’t have any direct input by the vaccine or even the pandemic, infection ratios or anything into our credit models,” said Yong Zhu, senior portfolio manager at DuPont Capital.

“What we really care about is how does the pandemic and policies impact the macro indicators and is there any long-term structural change in the country.”

In contrast, vaccination deployment is central to HSBC’s EM equity strategy, said John Lomax, head of the bank’s global EM equity strategy. It has increased its overweight position in countries including Indonesia and Thailand.

“Markets which handled the virus less well have much more to gain from vaccine roll-out and economic normalisation, even if it takes time,” said Lomax. 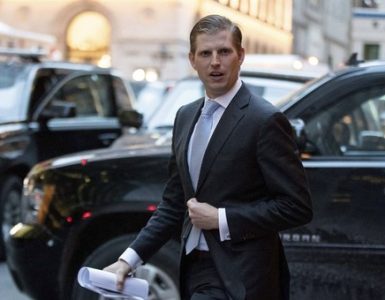