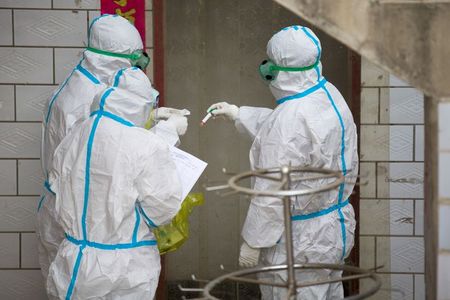 BEIJING (Reuters) – China posted its biggest daily jump in COVID cases in more than five months on Wednesday, stepping up containment measures that have seen four cities put under lockdown, as the world’s second biggest economy scrambles to head off a new wave of infections.

Most of the new cases were reported near the capital Beijing, but a province in far northeast China also saw a rise in infections, official data showed, amid a resurgence that has seen more than 28 million people placed under home quarantine.

While the Chinese city of Wuhan was the initial epicenter of the coronavirus pandemic, which first emerged there in late 2019, China had in recent months largely kept COVID-19 at bay.

On Wednesday, the National Health Commission reported a total of 115 new confirmed cases on the mainland, compared with 55 a day earlier, the highest daily increase since July 30.

It said 107 of the new cases were local infections. Hebei, the province that surrounds Beijing, accounted for 90 of the cases, while northeastern Heilongjiang province reported 16 new cases.

The wave of infecttions comes ahead of next month’s Lunar New Year holiday, when hundreds of millions of Chinese typically travel to their home towns. Far fewer people are expected to hit the road this year, and many provinces have asked migrant workers to stay put during the break.

A “massive” resurgence is unlikely during the holiday if control and prevention measures are enforced properly, Feng Zijian, deputy director of the Chinese Center for Disease Control and Prevention, told a media briefing on Wednesday.

The spike in new cases comes as a World Health Organization team of experts probing the origins of the pandemic is set to arrive on Thursday in Wuhan. The team will undergo a 14-day quarantine, NHC spokesman Mi Feng said.

Much remains unknown about the origins of the coronavirus and China has been sensitive about accusations of a cover-up that delayed its initial response and allowed the virus to spread. A health expert affiliated with the WHO said previously that expectations should be “very low” that the team would reach a conclusion from its trip to China.

CONTAINMENT EFFORTS Hebei province has put three cities – Shijiazhuang, Xingtai and Langfang – into lockdown as part of the efforts to keep the virus from spreading further, while Beijing city authorities have stepped up screening and prevention measures to prevent another cluster from developing there.

China has administered more than 10 million vaccine doses, NHC official Wang Bin said on Wednesday, and has ramped up testing capacity to 12.55 million people per day, or ten times the level last March.

Heilongjiang province on Wednesday declared a COVID-19 emergency. The city of Suihua, which borders the provincial capital Harbin, put its 5.2 million people under lockdown.

Most of the cases in Heilongjiang have been found in Wangkui county, under Suihua’s jurisdiction. Tieli, a city of about 300,000 that borders Suihua, said on Wednesday it will ban people and vehicles from leaving for three days as part of new COVID-19 prevention measures.

The number of new asymptomatic cases, which China does not classify as confirmed cases, fell to 38 from 81 cases a day earlier. Seven of those were reported in Jilin, a northeastern province bordering Heilongjiang.

The total number of confirmed COVID-19 cases in mainland China now stands at 87,706, while the death toll remained unchanged at 4,634. 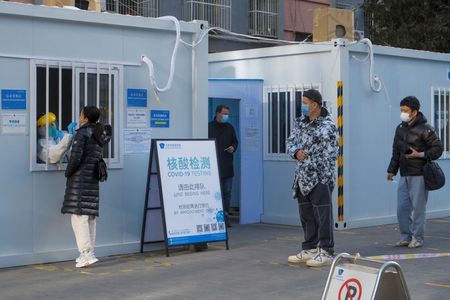 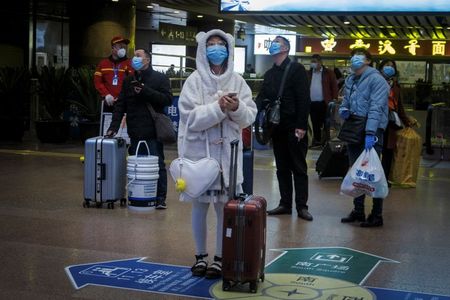 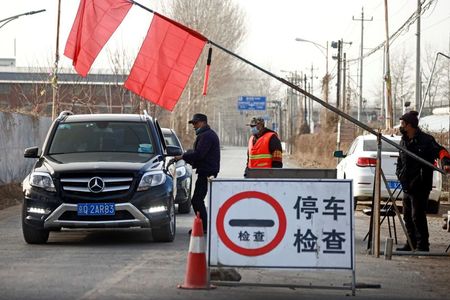 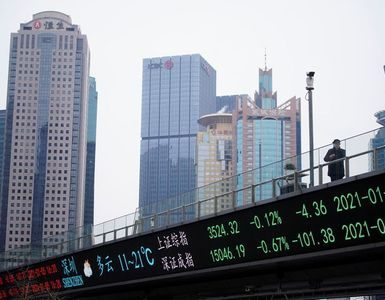 By Swati Pandey SYDNEY (Reuters) – Asian shares rose on Monday as concerns over rising COVID-19 cases and delays in vaccine supplies were eclipsed by expectations of a $1.9 trillion fiscal stimulus plan to help... 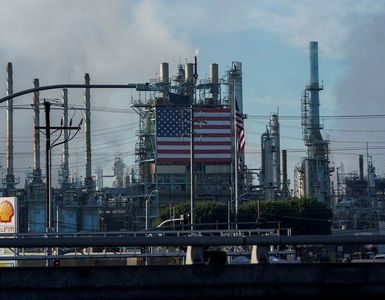 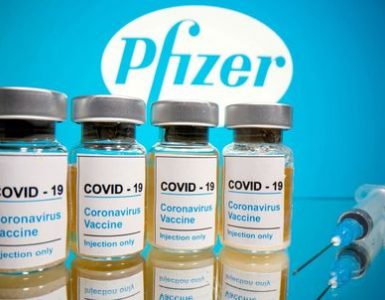 SYDNEY (Reuters) – Australia on Monday approved the Pfizer-BioNTech COVID-19 vaccine for use but warned AstraZeneca’s international production problems mean the country would need to distribute a locally...