BOSTON (Reuters) – U.S. hedge fund Elliott Management, known for its activist bent, is closing its 20-strong office in Hong Kong after moving responsibility for Asian investment decisions to London and Tokyo over the past three years.

The 44-year-old firm told investors the Hong Kong workforce was being moved to London and Tokyo, a person familiar with the matter said on Tuesday.

The Hong Kong closure does not signal a shift in investment priorities, the source said, however. Although the decision is being made largely for efficiency reasons, it coincides with rising political tension in the Asian financial hub.

Over the last three years, Elliott’s office has shrunk down from about 40, with the Hong Kong-based portfolio managers moving elsewhere, the source added.

In a rare example of shareholder activism, Elliott has invested in independent Hong Kong lender Bank of East Asia (BEA), waging a campaign to demand reforms, such as urging the bank to put itself up for sale.

Legal proceedings between the two were put on hold last year after the bank said it would review its assets, and later added it would initiate a sale of its insurance business.

Japan, like some other countries in the region, hopes to lure banks and asset managers from the former British colony after tough new security legislation prompted some companies to assess their operations there.

Few have publicly moved operations staff after the new measure, however, and financial regulators in Hong Kong, which returned to Chinese rule in 1997, said it would not affect companies’ operations.

Elliott’s move, first reported by the Financial Times newspaper, leaves it with offices in the United States, London and Tokyo.

(Reporting by Svea Herbst-Bayliss in Boston, additional reporting by Alun John in Hong Kong and Makiko Yamazaki in Tokyo; Editing by David Goodman and Clarence Fernandez)

Holding hands in Venice, Emma Watson and the tycoo

Trump Sec Recounts Time Biden Creepily Touched Her, Says It Would Be ‘Sexual Harassment’ Under His Own Proposals

An interview with former Secretary of Education B 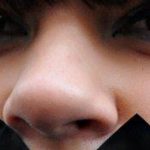