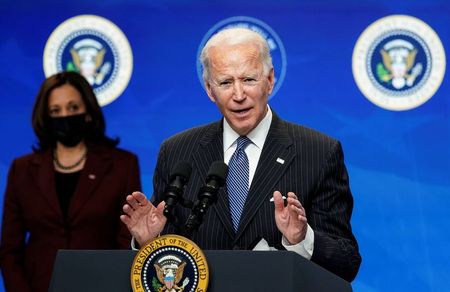 Biden says he is open to negotiating the proposed $1,400 COVID stimulus checks

By Alexandra Alper and Jarrett Renshaw

NEW YORK (Reuters) – U.S. President Joe Biden said on Monday that he is open to negotiating the eligibility requirements of his proposed $1,4000 COVID stimulus check, a nod to lawmakers who have said they should be more targeted to lower-incomes.