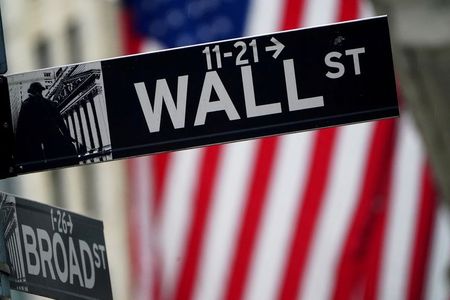 LONDON (Reuters) – If “pseudo wealth” is a source of often unexplained economic volatility, then the financial rollercoaster accompanying the pandemic has many wild rides in store.

The theory of “pseudo wealth” – developed by Nobel laureate Joe Stiglitz and others – riffs off the idea people’s consumption is altered by assumptions about future gains or even losses in investments or asset bets.

But unlike other economic models that fall back on mysterious animal spirits or wealth effects for unfathomable ebbs and flows, this contends that there is no shared feeling or common rationale – but differing beliefs about the future that spur asset price speculation as they diverge.

The wider the dispersion of expectations, the bigger the capacity for economic turbulence absent any particular shock. This then blows financial bubbles or traps economies in slumps.

The paper published last week doesn’t reference recent events per se, but Stiglitz wrote that when there are enough opportunities for trade and large enough dispersions in beliefs “this perceived wealth may be dangerously untethered from either market wealth or the real wealth of the economy”.

The eye-popping and sometimes puzzling surge in technology stocks or crypto-currencies to unprecedented valuations during one of the biggest global downturns in history last year may speak to that – even if many argue that it’s a rational response to lockdowns, fiscal spending and historically cheap borrowing.

But the shenanigans of the last couple of weeks in beaten down small caps spotlights a dispersion of ideas with little common turf amid another market-wide volatility storm.

For a graphic on GameStop effect boosts most shorted index:

For a graphic on Mean VIX:

Taking multiple closes above 30% in the VIX index of implied S&P500 volatility as a measure, there have been four such episodes in just 12 months. The prior four spikes took 10 years.

Perhaps more importantly, the VIX has not returned below its 30-year mean since Feb. 21 last year.

A pandemic shock will do that of course. But the latest bout of angst is not based on any particular fundamental of slump or recovery – more on a speculative game between individual, often amateur, punters and big Wall St firms over bombed-out equity in ailing companies and crowded trades in general.

Should anyone else care about the jousting or will it all average out to nothing? And what does it say about untethered pseudo wealth?

Some clearly think the volatility and speculative frenzy is just a symptom of cheap credit, excess money and the blanket cash injections supporting households during lockdown – just too much money chasing a quick buck with unforeseen consequences.

Others see it as a vignette in the pandemic saga – but one that signals a power shift in financial markets – individuals wresting some control from hedge funds and brokers in money-making transactions.

Echoing Fed chief Jerome Powell last week, Minneapolis Fed President Neel Kashkari on Monday said the saga had nothing to do with ultra-loose Fed policy and stock markets just go up and down all the time for any number of reasons.

One group of speculators battling another was part of the mix, Kashkari said, adding: “If they make money, fine. And if they lose money, that’s on them.”

His colleague and Dallas Fed chief Robert Kaplan rowed back slightly on Tuesday and said it may be wise to acknowledge it was at least something to do with the liquidity flood.

And many market economists also think it’s too blase for policymakers to ignore micro bubble bursts out of hand and insist there are potential economic consequences.

“Although this is a relatively small amount of people affected, loss aversion will exaggerate the scale of their losses,” said UBS economist Paul Donovan. “And of course generally, this is taking money from the many and giving it to the few.”

For Stigliz, swings in pseudo wealth can’t be treated as just noise and have economic policy implications – if not in monetary policy then in regulation over the variety and avenues of speculation.

In the GameStop battle between short-selling hedge funds and crowds of online Reddit users using fairly sophisticated options plays on widely-available trading apps, the avenues of speculation have clearly opened up well beyond Wall Street.

Some dismiss retail options punting as simply buying lottery tickets with money you can afford to lose if you’re number doesn’t come in.

Yet all would appear to be wallowing in considerable pseudo wealth if one or the other group loses out.

If it’s just located in these highly-shorted small cap stocks, the strain may be easy to absorb. If it’s the wider stock market at record highs, then regulators need to look long and hard.

For a graphic on Forever blowing bubbles:

(The author is editor-at-large for finance and markets at Reuters News. Any views expressed here are his own)

To put anything, however much it seems ‘nece 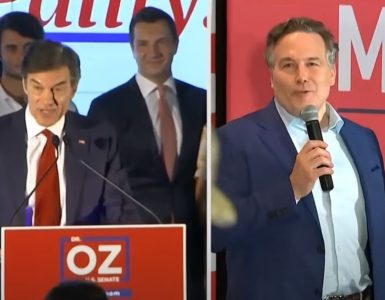