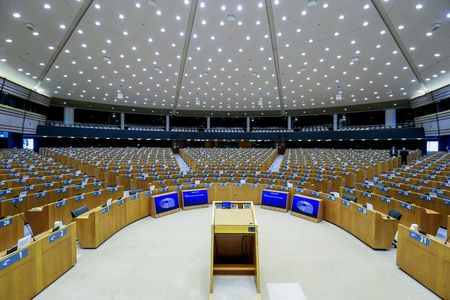 BRUSSELS (Reuters) – The European Parliament’s committees on relations with Britain on Thursday voted overwhelmingly in favour of the post-Brexit trade and cooperation agreement, clearing the path to its final ratification.

They had suspended voting in March in protest over British changes to trading arrangements in Northern Ireland, which Brussels says breach the terms of the Brexit Withdrawal Agreement.

The United Kingdom left the European Union on Jan. 31 after years of tortuous negotiations over their future relations but many details remain unclear, leading to acrimony.

The EU’s foreign affairs and trade committees backed the trade and cooperation agreement struck in December by 108 votes to one, with four abstentions, the parliament said in a statement.

The full chamber must still give its approval and, while it is clear the deal would receive majority backing, it is not certain that lawmakers will vote.

Parliament faces an end-April deadline but has said it wants to see Britain move on implementing the Northern Ireland protocol.

If there is no vote this month and provisional application of the agreement is not extended, then the trade deal would cease to apply, leaving Britain and the European Union to trade on World Trade Organization terms with tariffs and quotas.

Christophe Hansen, a lead lawmaker on post-Brexit ties, said Britain would not agree to another extension, meaning the end of April was a potential cliff edge. But he supported the agreement on Thursday.

“Plunging our companies into renewed uncertainty would be irresponsible and definitely in nobody’s interest,” he said.

Parliamentary leaders compromised this week by allowing the committee vote and could still decide to put the trade deal before the full chamber in its April 26-29 session.

The Brexit impact on Northern Ireland has helped fuel the worst violence in the province for years, but EU-UK rhetoric has dialled down and technical experts from both sides have sought to overcome differences.

British negotiator David Frost will meet European Commission vice president Maros Sefcovic on Thursday evening. The Commission said the meeting was designed as a stock-taking exercise and to provide a steer for future talks. 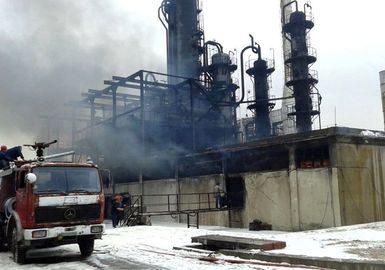 Fire breaks out on tanker near Syrian coast

AMMAN/CAIRO (Reuters) – A small fire occurred in one of the engines of a tanker off the coast of Syria’s Mediterranean port of Banias, state media said. The fire was extinguished by the crew quickly with no... 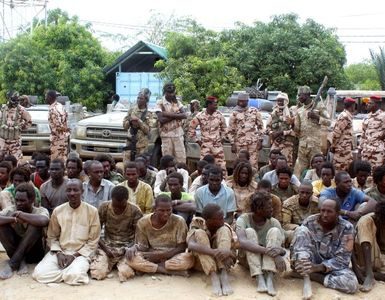 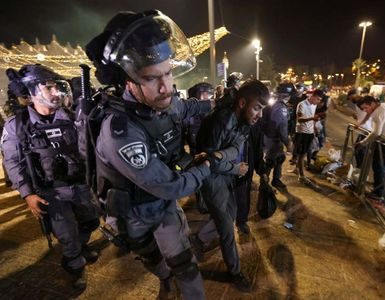