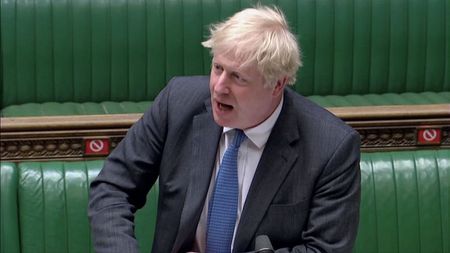 LONDON (Reuters) – British Prime Minister Boris Johnson denied on Wednesday media reports that he had said he would rather bodies piled “high in their thousands” than order a third coronavirus lockdown.

Asked by opposition Labour leader Keir Starmer whether he made the comments, Johnson told parliament: “No,” and called on Starmer to substantiate the allegations.

He has earlier denied saying the words reported by several media organisations.