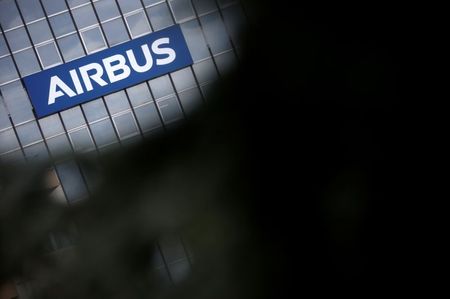 Airbus Jan-April deliveries up 25% as some markets reopen

PARIS (Reuters) -Airbus delivered 45 jets in April, bringing its total so far this year to 170 – up 25% from the same period of 2020 when airlines were reeling from the first shock of COVID-19.

April deliveries trebled compared to the same period a year earlier, but slipped from 72 in March, company data showed.

U.S. and Chinese domestic markets have seen a surge in travel as vaccinations widen and Britain said on Friday it would cautiously allow international travel to resume.

But a humanitarian crisis in India caused by a surge of coronavirus infections has caused air travel in another key Airbus market to plummet even as some deliveries continue.

While deliveries have recovered faster than some experts anticipated, they have not kept pace with Airbus’ current production rates of just over 50 aircraft a month, suggesting additions to an end-year surplus of almost 100 undelivered jets.

An Airbus spokesman noted that it had stated that its deliveries would not be linear, but had kept targets unchanged.

The planemaker also said it had won 48 orders in April – led by a previously reported order for 25 A321neo jets from Delta Air Lines – and taken 22 new cancellations.

So far this year Airbus has won 87 orders while seeing the net total drop below zero, to minus 35, after cancellations which exceeded the number of new orders.

Detailed April data pointed to a reshuffling of 22 orders within the Avolon leasing group, with the only significant net new order coming from Delta – a deal nonetheless seen as putting pressure on Boeing in a crucial race for large single-aisles.

Airbus also attributed names to a handful of orders, mainly from Chinese airlines, that had previously been unidentified.

Boeing has said it delivered 77 airplanes in the first quarter and won 282 new orders, or 69 after cancellations.

(Reporting by Tim Hepher;Editing by Mark Heinrich and Emelia Sithole-Matarise)