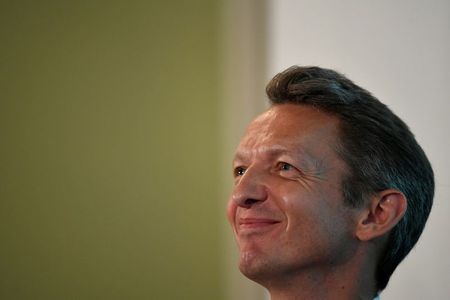 Bank of England does not see COVID bankruptcy wave: Haldane

By David Milliken and William Schomberg

LONDON (Reuters) – The Bank of England does not expect to see a wave of bankruptcies among British firms when the government ends its coronavirus emergency support for the economy, BoE Chief Economist Andy Haldane said on Friday.

Many debts racked up recently by companies are spread over long durations “which increases the chances of them being able to be paid back and therefore bankruptcy is not picking up very much from current relatively subdued levels,” Haldane said.

“But ultimately there are risks around that and we’ll need to track them through,” he said in a presentation to businesses, a day after the BoE sharply raised its forecasts for British economic growth in 2021.

Data published last week showed company insolvencies in England and Wales fell to their lowest level in more than 30 years in early 2021 as the government’s support helped businesses to ward off bankruptcy.

Haldane also said there were “significant risks” that inflation could come in either above or below the BoE’s latest forecasts. These predict inflation will be close to its 2% target in two to three years’ time, after an initial overshoot as the economy recovers from the pandemic.

“Currently we see those (risks) as being broadly symmetric, but they’re big on both sides and there’s no escaping that given where we are economically right now,” Haldane said.

“The bias toward easing that we might have had is less pronounced,” he said.

Broadbent highlighted a change in the BoE Monetary Policy Committee minutes, which on Thursday stated: “The MPC would continue to monitor the situation closely and would take whatever action was necessary to achieve its remit.”

In March that passage had read: “If the outlook for inflation weakened, the Committee stood ready to take whatever additional action was necessary to achieve its remit.”

“That gives you an idea of how some of the downside risks – although they are still there – have diminished,” Broadbent said.