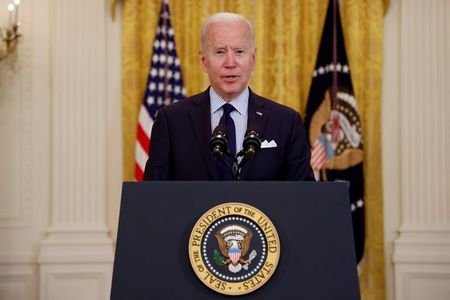 By Jeff Mason and Steve Holland

WASHINGTON (Reuters) – President Joe Biden reacted on Friday to a disappointing April jobs report by saying the U.S. economy has a “long way to go” before recovering from its pandemic slump, and he urged Washington to do more to help the American people.

U.S. job growth unexpectedly slowed last month, likely restrained by shortages of workers and raw materials. Nonfarm payrolls increased by only 266,000 jobs, well below the nearly 1 million jobs economists expected and a sharp contrast to steady increases in growth from January to March.

Biden and his team have said his $1.9 trillion pandemic relief package, the Democratic president’s first major legislative accomplishment, is helping to bring the economy back from its pandemic plummet, and they are pushing for another $4 trillion in new investments.

“Today’s report just underscores in my view how vital the actions we’re taking are,” Biden said in remarks at the White House. “Our efforts are starting to work. But the climb is steep and we still have a long way to go.”

The jobs report highlighted an intractable political divide in Washington over government spending. Republicans and business groups blasted generous unemployment benefits in the relief package, contending they were stopping lower-wage Americans from going back to work. Critics object to the high price tag of Biden’s plans and warn they could bring inflation.

Biden said he did not believe government benefits were hindering a return to work, and his economists backed him up.

“It’s clear that there are people who are not ready and able to go back into the labor force,” Treasury Secretary Janet Yellen told reporters, citing parents whose children are still learning remotely. “I don’t think the addition to unemployment compensation is really the factor that is making a difference.”

Jared Bernstein, a member of the president’s Council of Economic Advisers, told Reuters that Biden’s COVID relief and stimulus, known as the American Rescue Plan, had helped generate an average of more than half a million jobs per month, April not withstanding.

“Those are big numbers, and the fingerprints of the American Rescue Plan are all over those additions,” he said.

Bernstein and other officials said no course correction is required from the White House. But the U.S. Chamber of Commerce business lobby said the government should end the $300 weekly supplemental unemployment benefits to ease a labor shortage.

Some states, including Arkansas, Montana and South Carolina, have decided on their own to end the special federal unemployment payments for their residents, refusing federal cash in the hope that helps businesses find workers faster.

“Why is anyone surprised that the jobs reports fell short of expectations?,” said Republican Senator Marco Rubio of Florida on Twitter. “I told you weeks ago that in #Florida I hear from #smallbusiness everyday that they can’t hire people because the government is paying them to not go back to work

The share of Americans who are either working or looking for work rose last month, and the number of people who said they are not looking for jobs because of COVID-19 fell by 900,000 in April, Bernstein said.

“What we do see is a lot of people who are still hesitant to go back to work because of safety concerns, care issues, schooling issues, and we’ll continue to watch this very closely,” he said. 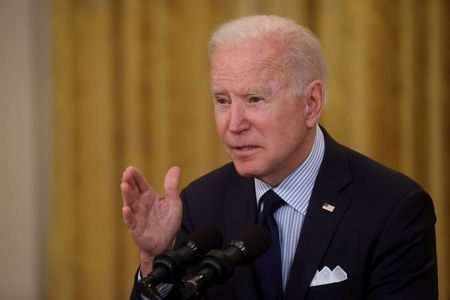 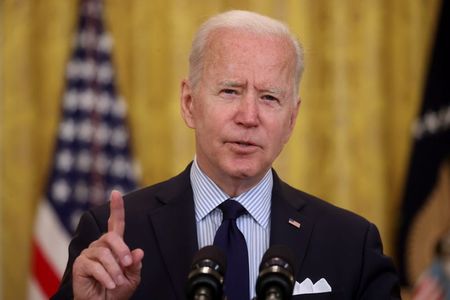 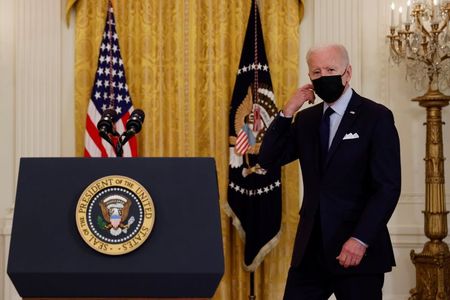 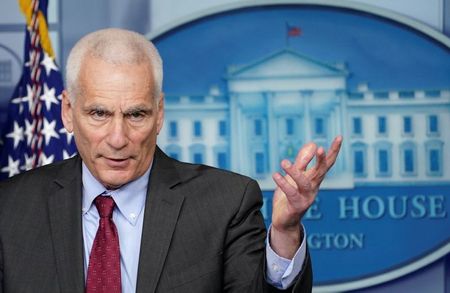