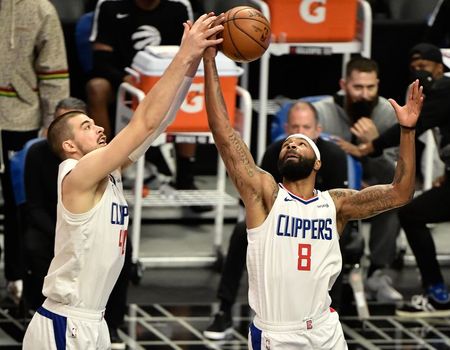 Clippers look to clean up the little things vs. Knicks

Taking care of the little things has become a point of emphasis for Los Angeles Clippers head coach Tyronn Lue as his club enters the final week of the regular season.

And it will certainly be watched closely during Sunday’s home contest against the New York Knicks.

Over the last five games, the Clippers have averaged 16 turnovers a contest, tied for third worst in the NBA. Los Angeles is 3-2 in those contests.

Los Angeles is 2-1 so far during the homestand. The Clippers defeated the Knicks earlier this season on the road in New York, 129-115 on Jan. 31.

The Clippers recently completed a three-game season sweep over their crosstown rivals, rolling the Los Angeles Lakers 118-94 on Thursday.

“We’re working on ourselves every day,” Clipper big man DeMarcus Cousins said. “We’re preparing for the long haul, with the playoffs right around the corner. We’re just trying to tune up everything, fix the small mistakes we make on a nightly basis and try to get as close to perfect as we can before this playoff run happens.”

New York (37-30) is currently the No. 4 seed in the Eastern Conference. The Knicks are 2-2 on a six-game road trip that finishes with games against the Clippers on Sunday and the Los Angeles Lakers on Tuesday.

“These games are just testing us,” Knicks forward Taj Gibson said. “Every game is a test. You can’t just sneak into the playoffs. We’re playing some really good teams right now, and it’s only going to make us better.”

The Knicks are only a half-game ahead of the Atlanta Hawks (37-31), the No. 5 seed in the Eastern Conference. New York is looking to hold them off, along with the Miami Heat (36-31) and Boston Celtics (35-32) to maintain home-court advantage in the postseason.

All five of New York’s remaining games are against teams headed to the playoffs. With the Knicks in the postseason for the first time in eight years, it’s up to head coach Tom Thibodeau to get his team mentally prepared for the playoffs.

“I like these games for our team,” Thibodeau said. “I think it shows us where we are, and what we need to work on. That old saying, ‘Iron sharpens iron.’ And so hopefully we can improve and it will help us down the road.”

Thibodeau will continue to be a little shorthanded on the bench, with injured guards Immanuel Quickley (ankle) and Alec Burks (knee) sidelined, along with center Mitchell Robinson (foot).

Quickley suffered a sprained ankle earlier this week against the Denver Nuggets. Burks missed eight games earlier due to the league’s health and safety protocols and then suffered a minor knee injury on his return to the floor on Monday that leaves his availability in question. Robinson is out indefinitely after having surgery on his right foot in late March. 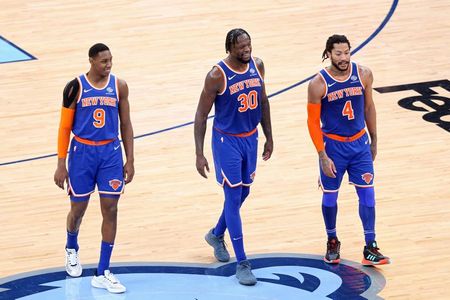