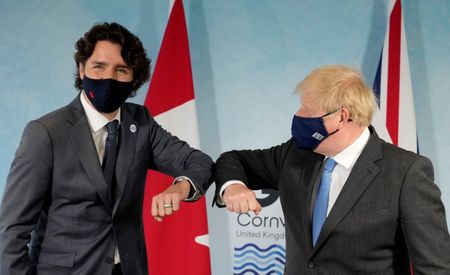 “The leaders agreed a comprehensive Free Trade Agreement between the UK and Canada would unlock huge opportunities for both of our countries. They agreed to redouble their efforts to secure an FTA (free trade agreement) as soon as possible,” Downing Street spokesperson said in a statement.

“They discussed a number of foreign policy issues including China and Iran.”