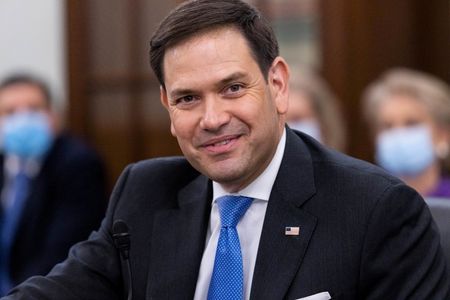 WASHINGTON (Reuters) – The top Republican on the U.S. Senate Intelligence Committee urged President Joe Biden on Tuesday to tell Russia that Washington will meet any future cyberattacks with a strong response.

“Only a strong and clear message will deter (Russian President Vladimir) Putin from engaging in behavior detrimental to a stable U.S.-Russian relationship,” Rubio wrote in a letter to Biden ahead of the president’s meeting with Putin.

The letter, dated Tuesday, was seen by Reuters.

Biden is expected to confront Putin at their meeting in Geneva on Wednesday over ransomware gangs reportedly linked to his country that twice recently targeted critical U.S. infrastructure.

Members of Congress have been clamoring for a strong response to Russian aggression, including cyberattacks.

Putin has called the idea that Russia was responsible absurd.

Rubio did not provide details of the legislation in the letter, which urged Biden to be open to imposing sanctions on officials who enable cyberattacks and arresting cyber criminals who violate U.S. law when they travel to other countries.

“In the near future, I will be introducing legislation to give your administration greater tools to address the scourge of ransomware and target foreign governments that knowingly provide safe haven for cyber criminals,” Rubio wrote.