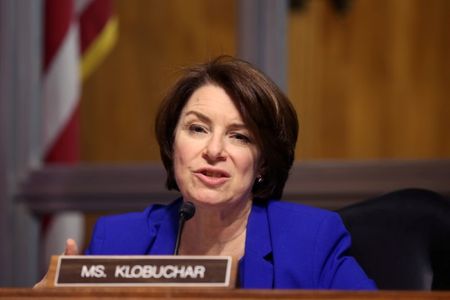 While none of the four tech-focused House antitrust bills introduced Friday have a Senate companion, Klobuchar said late Monday that she expected that to change. “I think you’ll see a number of bills introduced in the Senate,” she said, but declined to elaborate.

Two of the bills introduced last week address the issue of giant companies, such as Amazon.com Inc and Alphabet Inc’s Google, creating a platform for other businesses and then competing against those same businesses.

A third would require a platform to refrain from any merger unless it can show the acquired company does not compete with any product or service the platform is in. A fourth would require platforms to allow users to transfer their data elsewhere if they desire, including to a competing business.

The House members also introduced a fifth bill which is a companion to a Klobuchar measure that has already passed the Senate and would increase the budgets of antitrust enforcers and make companies planning the biggest mergers pay more.