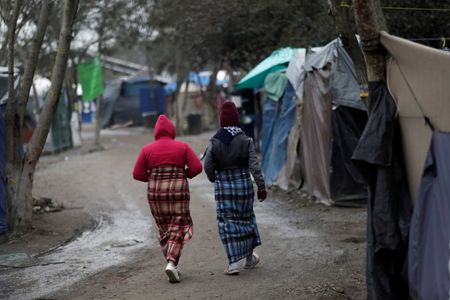 WASHINGTON (Reuters) -The U.S. attorney general on Wednesday rescinded a Trump-era decision that made it harder for victims of domestic violence and gang violence to win asylum, the latest move by U.S. President Joe Biden to create what he says is a more humane immigration system.

Attorney General Merrick Garland, in a three-page legal opinion, wrote that the broad language in the decision put in place during the administration of former President Donald Trump “threatens to create confusion and discourage careful case-by-case adjudication of asylum claims.”

Biden, a Democrat, has reversed many of his Republican predecessor’s restrictive immigration policies and pushed ahead with his own agenda.

On Monday, U.S. immigration officials said they will expand access to work permits and deportation relief to some immigrants who are crime victims while their visa cases are pending.

Immigrant advocates cheered Garland’s decision, which they said would help restore protections for vulnerable asylum seekers. Many migrants from Central America and Mexico claim asylum based on experiences with domestic violence and gang violence.

Greg Chen, director of government relations with the American Immigration Lawyers Association, tweeted that Trump had used the legal guidance “to close America’s doors to those fleeing persecution.”

Garland’s decision applies to immigration courts and an appeals board that are overseen by the attorney general.

He separately rescinded a Trump-era decision that had limited asylum claims that were based on persecution due to familial relationships.

Gene Hamilton, a former Justice Department counselor under Trump, said in a statement that the asylum moves would cause “unprecedented damage” at the U.S.-Mexico border.

“Today’s decision will lead to tens of thousands of meritless asylum claims – if not hundreds of thousands – in the months and years ahead,” said Hamilton, who is now vice president of America First Legal, a conservative legal group.

(Reporting by Ted Hesson in Washington; Editing by Aurora Ellis and Matthew Lewis) 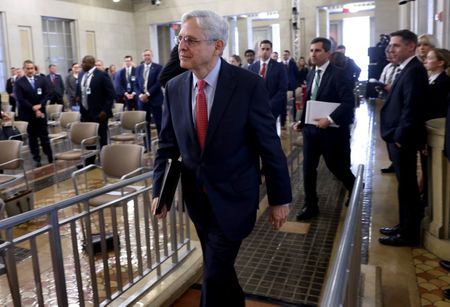 Garland should stand down after NSBA apology, GOP politicians say

Congressional Republicans are calling for Attorney