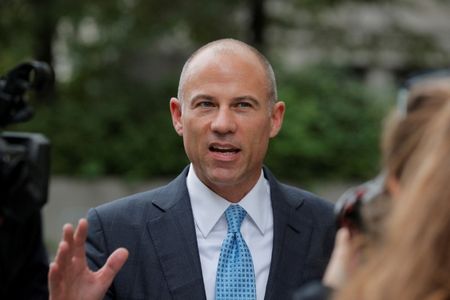 The Wednesday night recommendation came one week after Avenatti’s lawyers said their client should spend no more than six months behind bars plus one year of home confinement.

Lawyers for Avenatti did not immediately respond on Thursday to requests for comment.

He was convicted of threatening to publicly accuse Nike of secretly paying families of college basketball prospects unless it paid him and another lawyer up to $25 million for a probe and his client, youth basketball coach Gary Franklin, $1.5 million.

Jurors also convicted Avenatti of defrauding Franklin by not telling him he wouldn’t settle without a probe.

Avenatti “betrayed his client and sought to enrich himself by weaponizing his public profile,” prosecutors said. “This was an egregious abuse of trust.”

In letters to Gardephe, Nike maintained that Avenatti’s accusations were false, while Franklin said Avenatti’s actions “destroyed my reputation in my community.”

Avenatti’s lawyers have said their client has suffered enough during his “epic fall and public shaming,” including three months in a Manhattan jail and ridicule by Trump and the former president’s media supporters.

They also said a recurrence was impossible because Avenatti would never again practice law.

Avenatti was convicted in February 2020.

He still faces two trials in California on charges he stole millions of dollars from clients and committed tax and bank fraud, and another trial in Manhattan for allegedly defrauding Daniels out of money from a book contract.

Avenatti has pleaded not guilty to all charges.