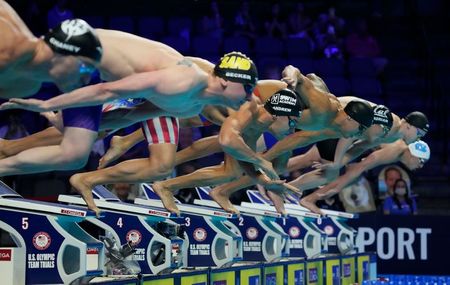 FOCUS ON-Swimming at the Tokyo Olympics

(Reuters) – Focus on swimming at the 2020 Tokyo Olympics:

* There are races in four strokes — freestyle, breaststroke, backstroke and butterfly — and also individual and relay medley events that involve one swimmer using all four strokes or team members each using a different stroke.

* Olympic pools are 50 metres long and timing is to 1/100th of a second. Touchpad technology tracks when swimmers have finished.

* The shortest race in the pool is the 50m freestyle. The longest is the 1,500m free. The open water marathon is 10km.

The United States dominated the medals table with 33 (16 golds), ahead of Australia on 10 (three golds).

Michael Phelps made his Olympic farewell, the U.S. giant winning six medals including five golds to take his career haul to 28 medals (and a record 23 golds).

Ryan Lochte, one of America’s most decorated swimmers, triggered a furore when he spun a tale about being robbed at gunpoint at a gas station after a party. He was suspended for 10 months and dropped by four major sponsors.

Ledecky and U.S. team mate Caeleb Dressel are set to star in the first Games without Phelps since 1996. Both have plenty of medals in them.

The 400m could be quite a battle with Australian world champion Ariarne Titmus, though.

Britain’s Adam Peaty has his own world record to beat in the men’s 100m breaststroke while Hungary’s world record holder Kristof Milak should shine in the 200m butterfly.

Japanese star Rikako Ikee will be a popular favourite in the pool after her strong recovery from leukaemia.

Expect plenty of headlines also if China’s Sun Yang wins his appeal against an eight-year doping ban and is allowed to compete.

Tokyo will be the first time a mixed gender swimming event features on the programme with the mixed 4×100 medley relay of two men and two women per team. Teams decide which athlete swims each stroke.

Heats will be held in the evening with semi-finals and finals in the morning.

Swimming has been a part of every Summer Olympics since the first in 1896 and has the second biggest programme after athletics. Women’s events were added in 1912.

Mark Spitz of the United States won seven golds (all in world record times) at the 1972 Munich Games. In 2008 Phelps went one better with eight.

London 1908 was the first time a pool was used for Olympic swimming. At Athens in 1896, competitors started from a boat at sea and had to swim to shore, while in Paris 1900 they swam with the current in the Seine river. At St Louis in 1904 the races were held in a lake. 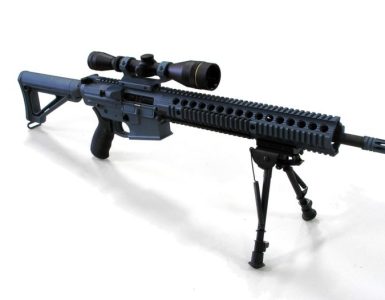 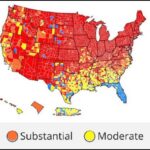