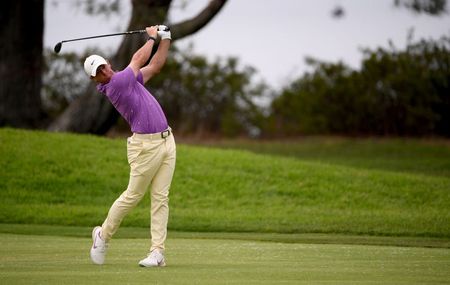 Golf-McIlroy says US Open tie for seventh a ‘big step’

SAN DIEGO, Calif. (Reuters) – A bad shot and an even worse break derailed Rory McIlroy’s hopes at the U.S. Open on Sunday but while the Northern Irishman’s major victory drought now stands at 25 championships he said his performance at Torrey Pines was a step in the right direction.

Two shots from the lead, McIlroy frittered away a stroke with a three-putt bogey at the 11th, before pushing his approach from a fairway bunker at the par-four 12th into a greenside bunker, the four-time major winner’s ball plugging in the back of the sand, under a lip.

With no real chance of getting his third shot onto the green, a double-bogey pretty much ended his chances.

“It was two holes that basically stopped the run at the title,” he said after shooting a 73 for a one-under-par 283 total, five shots behind Rahm.

“After I made those little mistakes on 11 and 12, I felt like I was just chasing a little bit, and then ultimately couldn’t really get anything done from there.

“Yes, it is disappointing that I had a chance and didn’t get the job done, but considering where I’ve been the previous few

majors, it’s a big step in the right direction.”

Earlier, McIlroy did not even crack a smile when a 35-foot downhill birdie putt trickled in at the fourth hole in front of the paragliders only yards away above the Pacific cliffs.

That proved to be his last birdie until the 13th.

“The last few times I’ve been in this sort of position, I’ve went out on Sunday hoping to play well, where I feel now I know what to do to play well and I know I have the tools to play well,” he said.

“It was way better today (even if) the score doesn’t suggest it.”

(Reporting by Andrew Both; Editing by Peter Rutherford) 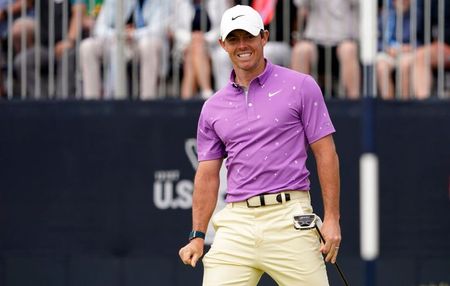