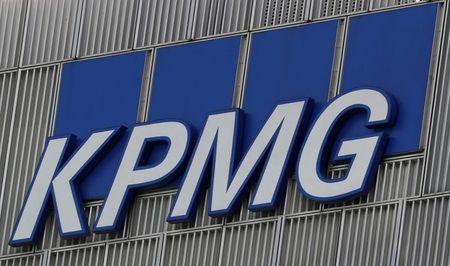 LONDON (Reuters) – Britain’s accounting watchdog called for KPMG’s UK arm to be fined more than 15 million pounds ($21 million) on Monday over a ‘conflict of interest’ when it advised on the sale of bed maker Silentnight.

KPMG, which is one of the world’s Big Four auditors and was advising on the sale to U.S. private equity company HIG Capital in 2011, said the fine should be no more than 5 million pounds, and that it no longer has a restructuring business.

An independent tribunal was held on Monday to determine sanctions on KPMG and one of its partners following the tribunal’s “adverse findings” of loss of objectivity.

The sanctions hearing continues on Tuesday and typically the tribunal then publishes its decision at a later date.

“The tribunal’s findings that the respondents lost their objectivity and dishonestly advanced, or associated themselves with, misleading statements are particularly serious and unusual,” the Financial Reporting Council’s (FRC) executive counsel said at the hearing.

“If the respondents had properly addressed and dealt with threats to their objectivity, including the conflict of interest, they would not have been able to advise and assist both HIG and Silentnight,” the FRC said.

The FRC asked for a fine of not less than 15 million pounds plus a “substantial uplift to reflect aggravating features”.

KPMG said the tribunal’s findings related to restructuring work performed over a decade ago and the fine being sought was “overly punitive” and “disportionate”.

“We will consider those findings and our options for a possible appeal at the appropriate time,” KPMG said in a statement, adding that it disagreed with a number of the arguments put forward by the FRC.

KPMG is also being investigated by the FRC for its role in auditing Carillion, the builder whose high-profile collapse led to a root-and-branch review of auditing in Britain. Any fine sought by the watchdog in this case would be also be hefty.