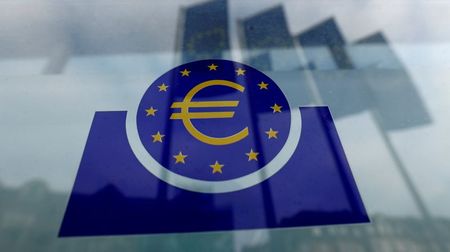 By Francesco Canepa and Balazs Koranyi

FRANKFURT (Reuters) – European Central Bank (ECB) policymakers are still some way apart on their new inflation strategy but hope to reach an agreement before debating the future of their pandemic-fighting programme in September, sources told Reuters.

ECB rate setters agreed on some side issues at a retreat last weekend, such as including environmental considerations into their policy decisions and adding owner-occupied housing costs to their measure of inflation, the three sources close to the matter said.

But there were still some differences when it came to the core of the ECB’s strategy review: the definition of price stability and how to achieve it, the sources added.

One source said there was general consensus at the June 18-20 gathering that the ECB could tolerate inflation exceeding its new goal, to be set at 2%, as it has been stuck below that level for most of the past decade.

But the source said policymakers had yet to agree on how to phrase that message and how specific it should be about the extent to which inflation would be allowed to overshoot and for how long.

The matter was going to be debated by rate setters in the coming weeks.

“There will be lots of drafts going around in the next few days,” one of the sources said.

Two sources said the ECB was still hoping to wrap it all up before the Sept. 9 meeting of the Governing Council, when rate setters may decide on the future of their Pandemic Emergency Purchase Programme.

ECB President Christine Lagarde said on Sunday she and her colleagues had made “good progress” at the three-day retreat. Slovak central bank chief Peter Kazimir meanwhile said he hoped the review would be done in the “coming weeks”.

Indeed, rate setters concurred that the ECB’s strategy statement should be written as plainly as possible and refrain from using economic jargon, such as ‘symmetry’ or ‘asymmetry’ to describe the ECB’s attitude when inflation is too high or too low, the sources said.

Policymakers also agreed to factor in owner-occupied housing costs – a key source of gripe for policymakers in countries where the property market has boomed, such as France, Germany and the Netherlands, they added.

This will bring inflation closer to the ECB’s target and to popular perception. But it will also require cooperation with Eurostat and national offices for statistics, in a process expected to last four to five years, the sources said.

They added a general consensus had been found on climate policy and it now needed to be put into words by committees comprised of staff from the ECB and the national central banks of the Eurosystem.

This may contain an idea of the general direction of travel rather than all the details of how the ECB’s policy will be made “greener”, which may be worked out later on, another source said.

The Federal Reserve conducted its own review last year, promising to aim for 2% inflation on average. But this approach, which has already led to some communication challenges for the Fed, has failed to convince euro zone rate setters.