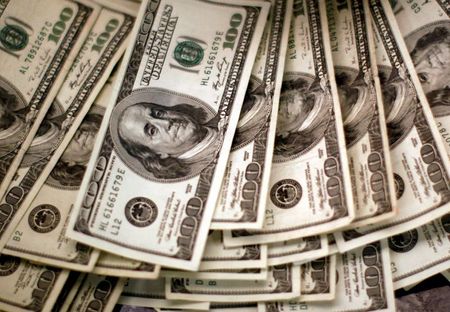 BRUSSELS (Reuters) – The world’s financial leaders will endorse on July 9-10 a deal setting a global minimum corporate tax and call for technical work to be finished so they can approve the framework for implementation in October, their draft communique showed.

“After many years of discussions and building on the progress made last year, we have achieved an historical agreement on a new, fair and stable international tax architecture,” the draft said.

It made no mention of a specific rate for a global minimum corporate tax nor other key details, which remain to be agreed by nearly 140 countries known as the Inclusive Framework meeting online next week in talks hosted by the Paris-based Organisation for Economic Cooperation and Development.

Details agreed at that meeting will then be sent to finance ministers and central bank governors from the world’s 20 biggest economies (G20) for approval at the July 9-10 meeting in Venice.

“We endorse the core elements of the two pillars on the profit reallocation of multinational enterprises and the global minimum tax as set out in the statement released by the G20/OECD Inclusive Framework on Base Erosion and Profit Shifting (BEPS),” the G20 draft said in anticipation of the talks next week.

The first “pillar” of the OECD agreement is to ensure that international companies, especially digital giants like Google, Amazon, Facebook, Apple or Microsoft, pay taxes in countries where they make profits, rather than in low-tax jurisdictions chosen to minimise tax payments.

The second “pillar” is a minimum level of corporate tax globally, so that governments do not compete with each other by lowering taxes to attract investment from large multinationals.

G7 finance ministers backed earlier this month a global minimum tax rate of at least 15% and thresholds for divvying up governments’ rights to tax the profits on cross-border commerce, but the G20 draft did not make any reference to that number.

“We call on the G20/OECD Inclusive Framework on BEPS to swiftly finalize the remaining technical work with a view to approving the framework for implementation of the two pillars by our next meeting in October,” the draft, seen by Reuters, said.

Intense bilateral discussions are currently underway ahead of the OECD-hosted talks to get countries on the same page in the face of stiff resistance from low-tax countries, which in Europe include Ireland, the Netherlands, Hungary and Luxembourg.

The G20 draft also supported the G7’s push to force banks and companies to disclose their exposure to climate-related risks:

“We recognize that a more comprehensive assessment of environmental and climate-related macro-economic risks can help develop innovative solutions to make our economies more sustainable, resilient and inclusive,” it said.

The G20 will also agree to invest in sustainable infrastructure and new technologies for clean energy sources “including the phasing-out of inefficient fossil fuel subsidies and other carbon pricing mechanisms,” the draft showed.

The draft also confirms the G20’s agreement from April to fight protectionism and “encourage concerted efforts to reform the World Trade Organization.”