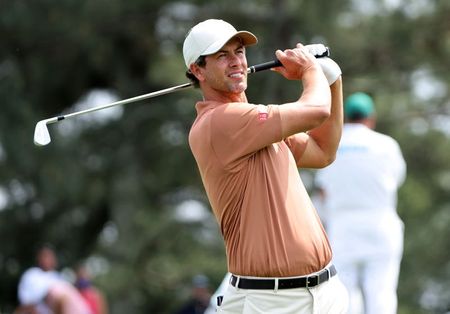 FOCUS ON-Golf at the Tokyo Olympics

* Golfers play four rounds of 18 holes each day over four days, with the player totalling the fewest combined strokes declared the winner.

* In the event of a tie for any of the first three positions, a three-hole playoff will determine the medal winners.

* 60 men and 60 women are participating, based on the world rankings.

HOW MANY MEDALS?     There is one medal event for men and one for women.

Golf returned to the Olympic programme in Rio after a 112-year absence. In the men’s event, Justin Rose of Britain won the gold, with Henrik Stenson of Sweden taking silver and Matt Kuchar of the United States winning bronze.

WHAT CAN WE EXPECT IN TOKYO?    Like other outdoor events, heat can be the toughest challenge in golf events. According to official data, the highest temperature in the area where the golf will take place exceeded 30C(86F) each day in August 2020.

Golf saw various rule changes adopted in 2019 and they will be part of the Olympic events in Tokyo. One of which allows players to putt on the green with the flagstick still in the hole, a moved aimed at speeding up play.    WHEN IS IT HAPPENING?    Men: July 29 to Aug. 1

Kasumigaseki Country Club in Kawagoe City, Saitama. It is one of the most prestigious clubs in Japan, founded in 1929 and is located 60km away from Olympic Village.

Evidence suggests that early forms of golf were played in the Netherlands in the 17th century while some say that a game played in China during the Ming Dynasty was introduced to Europe by traders during the Middle Ages. The modern form of golf was largely developed in Scotland.

The club hosting the Olympic tournament only scrapped its male-only policy in 2017 after coming under fire at home and abroad for not endorsing gender equality. Before that, women were not allowed to play on Sundays or become full members.