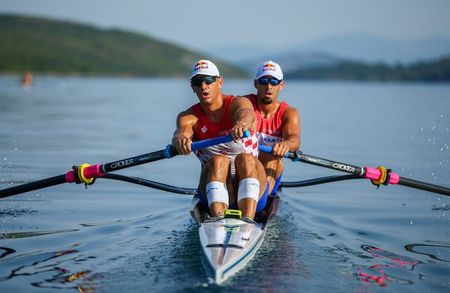 FOCUS ON-Rowing at the Tokyo Olympics

* There are two distinct categories of events, contested on a 2,000m course: sculling and sweep.

* Sculling involves the use of two oars per person, with competitors rowing solo or in teams of two or four.

* Sweep teams of two, four and eight race with competitors using one oar each.

There are 14 gold medals up for grabs, with eight sculling events and six sweep.

Britain topped the medal table for a third Olympics in a row, while New Zealand’s veterans also shone, with Mahé Drysdale claiming his second gold medal in the men’s single sculls, and Eric Murray and Hamish Bond successfully defending their 2012 title in the coxless pair.

The United States picked up a third straight gold in the women’s eight.

As with Rio in 2016, weather at the venue could threaten to disrupt the competition itself, with concerns over the windy and hot conditions at the Sea Forest Waterway venue.

This year’s rowing programme will feature an equal number of events for men and women for the first time. The women’s coxless four was added to the programme, while the men’s lightweight coxless four was removed to accommodate it.

The sport is woven into the very fabric of the Olympics with Baron Pierre de Coubertin, the founder of the modern Games, having been an avid rower himself. Rowing made its debut at the 1900 Games, though it had been on the programme four years earlier only to be cancelled due to bad weather.

Rowers are widely considered among the greatest athletes pound-for-pound in the Olympics, with the sport demanding lean frames able to produce an enormous amount of power over a short competition. “The toll it takes on the body is just super significant,” British Rowing Performance Director Brendan Purcell told Reuters.

Over the past few weeks, US officials and Western