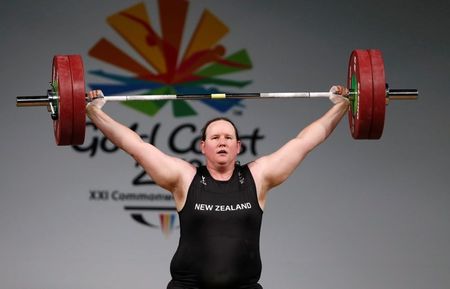 FOCUS ON-Weightlifting at the Tokyo Olympics

(Reuters) – Focus on weightlifting at the 2020 Tokyo Olympics:

* The winners are determined by the total weights of the barbells lifted.

* Lifters compete by performing each lift three times and are scored on the highest combined weight they have lifted.

* Lifters compete in different groups depending on their bodyweight.

There are seven weight classes each for men and women and a total of 14 gold medals are presented.

China were the dominant nation in weightlifting, winning five golds.

Lasha Talakhadze from Georgia won gold in the men’s super-heavyweights category with a world record total of 473kg.

Hidilyn Diaz from the Philippines became the first woman from the country to win an Olympic medal when she took silver in the 53kg category.

Talakhadze is one to watch out for in Tokyo, while the Chinese lifters are likely to be strong again, led by another Olympic champion Shi Zhiyong.

Spain’s Lidia Valentin Perez, who won bronze in the women’s 75kg category in Rio, after claiming silver in Beijing 2008 and gold at London 2012, will be competing in the 87kg category for the first time.

Weightlifting started as a competition to lift heavy stones in the ancient world and it was part of the program in the very first Olympics in Athens in 1896.

Athletes competed in the same events regardless of their bodyweights. They were grouped by bodyweights for the first time at the 1920 Games in Antwerp, and two lifting techniques – the snatch and the clean and jerk – were standardised from Montreal 1976. Women’s events were not introduced until the Sydney Olympics in 2000.

WELL FANCY THATAthletes lift weights more than twice as heavy as their bodyweight.