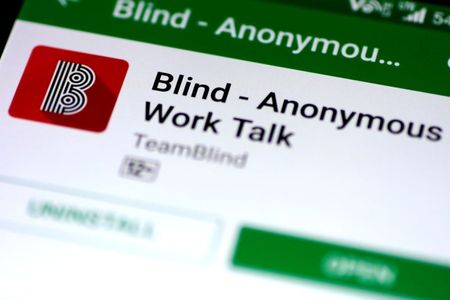 (Corrects to fix spelling in paragraph 2)

By Joyce Lee and Heekyong Yang

SEOUL (Reuters) – An anonymous messaging app called Blind used by South Korean employees to air their grievances is helping change management attitudes towards workers in some of the nation’s biggest companies.

The bosses have taken note as the app’s popularity among employees surges.

In several instances in recent weeks, companies have changed course on salary decisions and other issues after criticism by employees expressed on the app. It was a marked departure from the previously unassailable top-down management culture that symbolised the country’s “chaebol” conglomerates and its rapid industrial development.

Blind is based in the United States, and also has a following there mainly among employees of U.S. tech companies. It was founded by four South Koreans and has captured a sweet spot at home, with about 70% of users coming from Korean firms, the company said.

Kyum Kim, co-founder of Blind, told Reuters the decision to be based outside Korea was deliberate.

“When starting our service, we thought our service would have more value when our HQ is in the United States – where the concept of freedom of speech is well established and valued,” Kim said.

Blind requires users to sign up using company email as proof of employment at large firms, but the connection between the company email and Blind account is then permanently destroyed to ensure secrecy.

The app, launched in 2013, reached a new level of influence after the coronavirus pandemic prompted employees to seek online routes to remain in the loop and corporate executives began paying closer attention.

Monthly active users on the app grew to 3.7 million this month from 1.3 million in June 2019, and the number of daily posts has more than doubled, according to the company.

Now, in between office gossip, the app is also serving as an outlet in the wider societal backlash of rank-and-file workers against perceived injustice in Korea Inc.

“Blind has played a part in the trend in South Korean society toward greater demand for ‘fairness’ in corporate-employee dynamics, especially among the tech-savvy younger generations,” said Yu Gyu-chang, Dean of the Graduate School of Business at Hanyang University.

Global No. 2 memory chip maker SK Hynix gave its staff the highest salary increase since 2012 this month, after the app helped stoke a backlash by employees against a pay increase decision by the management earlier this year.

At the time, in an unprecedented conciliatory gesture, SK Group Chairman Chey Tae-won had offered to return his entire 2020 salary from the company – about 3 billion won ($2.64 million).

Although employees had openly challenged the pay decision within SK Hynix, the move was buoyed by the anonymous outpouring of employee disgruntlement in Blind. Yu said younger employees were accustomed to the anonymity of the Web and joining forces with others for immediate results.

“When it comes to office workers, we don’t have a union and I feel that office workers get together on Blind and ‘unite’ to raise our voices together,” said an employee at one of South Korea’s four biggest conglomerates, declining to be identified.

“Monitoring Blind has become a bigger part of our job than we thought,” a PR executive at a different conglomerate said, declining to be identified as the matter was confidential.

“Grievances and rumours posted there can get a lot of eyeballs, often get leaked to the press, can end up setting agendas. Criticisms can snowball a lot quicker unless steps are taken.”

Workers at U.S. companies such as Google and Amazon also use Blind, and many others in the United States such as job review site Glassdoor also provide platforms for anonymous company criticism. And speaking out, even without anonymity, is tolerated at many companies.

In South Korea, by contrast, anonymous posts on Blind have shaken companies beyond just salary negotiations. Labour ministry supervision has begun this month at Naver, the dominant web portal, after chatter on Blind claimed an employee who committed suicide had been bullied. 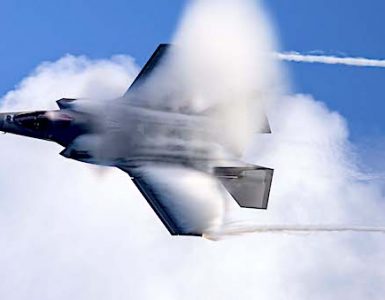