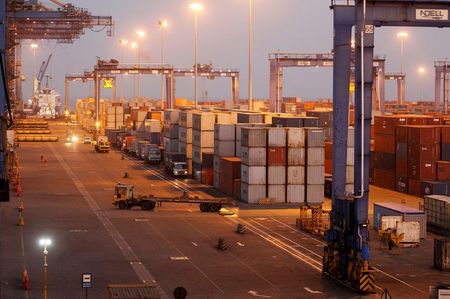 Adani Ports, India’s largest port operator, has been under scrutiny from international investors over its project to build a container terminal in the city of Yangon on land leased from a Myanmar military-owned conglomerate.

A military coup in Myanmar on Feb. 1 and an ensuing crackdown on mass protests in which hundreds have been killed has drawn international condemnation and sanctions on military figures and military-controlled entities.

“Adani’s operations in Myanmar and its business partnership with that country’s armed forces constitutes an unacceptable risk of contributing to the violation of KLP’s guidelines for responsible investment,” KLP said in a statement to Reuters.

A spokesperson for the Myanmar military did not answer calls from Reuters seeking comment.

KLP, Norway’s largest pension fund, had an investment worth nine million crowns ($1.05 million) in Adani Ports at the time of its decision, it told Reuters.

It was divesting because the container terminal is being built on land owned by the Myanmar military and that there is an “imminent danger” the armed forces could use the port to import weapons and equipment, or as a naval base.

“In this way, the port could be used by the army to continue its violations of human rights,” KLP said.

Adani said it condemned the violence in Myanmar and the violations of the fundamental rights of its people and that, at the time the deal was concluded in 2019, its counterparties were entities of the democratically-elected government.

It reiterated it could abandon the project and write down the investment if it is found to be in violation of sanctions imposed by the United States.

“The write down will not materially affect the balance sheet as it is equivalent to about 1.3% of…total assets,” it said in a statement to Reuters.

KLP said it had been in a dialogue with Adani Ports since March this year and held a meeting with the company’s management in April.

At the same time, “Adani said it had made no due diligence assessments relating to human rights before the agreement it concluded with the Myanmar military”, KLP said.

Adani did not reply to a question about KLP’s statement.

“We call on other pension funds to follow suit and divest from Adani Ports and other business partners of the Myanmar military,” Yadanar Maung, a spokesperson for Justice for Myanmar, said.