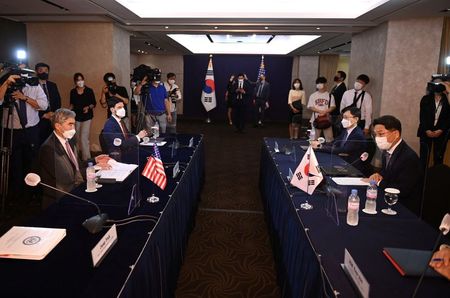 SEOUL (Reuters) -The sister of North Korean leader Kim Jong Un warned the United States on Tuesday it would be disappointed were it to seek comfort in comments by her brother, while a U.S. envoy met South Korea’s president aiming to revive talks with North Korea.

Kim Yo Jong, who is also a senior official in North Korea’s ruling party, released a statement in state media saying the United States appeared to be interpreting signals from North Korea in the “wrong way.”

She was responding to U.S. national security adviser Jake Sullivan, who on Sunday said he saw as an “interesting signal” a recent speech by Kim Jong Un on preparing for both confrontation and diplomacy with the United States.

“It seems that the U.S. may interpret the situation in such a way as to seek a comfort for itself,” she said in the statement, carried by the North’s KCNA state news agency.

“The expectation, which they chose to harbour the wrong way, would plunge them into a greater disappointment.”

In response, the U.S. State Department said on Tuesday that Kim Yo Jong’s comments had not changed its desire to explore diplomacy with North Korea.

North Korea’s nuclear weapons programme has been an intractable problem for Washington for years and in trying to change that, President Joe Biden’s administration conducted a review of policy and said it would seek “calibrated and practical” ways to persuade Pyongyang to denuclearise.

North Korea has rebuffed U.S. entreaties for diplomacy since Biden took over in January from former President Donald Trump, who had three summits with Kim but failed to persuade him to give up his nuclear weapons.

In South Korea, President Moon Jae-in told the U.S. special representative for North Korea, Sung Kim, he would seek to get inter-Korean and U.S.-North Korea relations back on track and expressed hopes for progress toward denuclearisation and peace on the Korean peninsula, spokeswoman Park Kyung-mee said.

On Monday, Sung Kim said he was willing to meet the North Koreans “anywhere, anytime without preconditions” and that he looked forward to a “positive response soon.”

U.S. State Department spokesman Ned Price said on Tuesday that the United States was aware of Kim Yo Jong’s comments and added: “They have not changed our view on diplomacy; we remain prepared to engage in principled negotiations with (North Korea) to deal with the challenge of its nuclear program.

“We continue to hope that (North Korea) will respond positively to our outreach and we’ll have to wait and see if these comments are followed up with any more direct communication about potential paths forward,” Price told a regular news briefing.

In a sign seen in South Korea as a positive U.S. gesture, the allies discussed scrapping a joint “working group” that analysts say Seoul has seen as an irritant in relations.

The working group was set up in 2018 to help coordinate approaches to North Korea on issues such as denuclearisation talks, humanitarian aid, sanctions enforcement and inter-Korean relations, amid a flurry of diplomatic engagement with Pyongyang at that time.

The Moon administration has made building ties with North Korea a top priority and a former aide to Moon told parliament last year the working group was seen as an obstacle to that.

“From a South Korean perspective, this was basically a mechanism for the U.S. to block inter-Korean projects during the Trump years,” said Ramon Pacheco Pardo, a Korea expert at King’s College London.

“It would be a clever political move for the Biden administration to end the group since consultation between Washington and Seoul will take place anyway.” 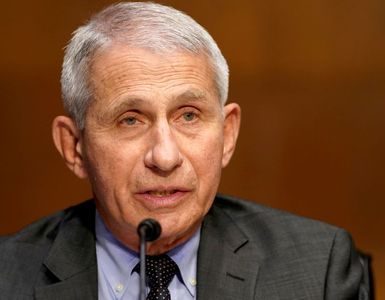 (Updates headline to clarify the Delta variant) By Carl O’Donnell (Reuters) -The Delta variant of the novel coronavirus that was first found in India is the greatest threat to the United States’ effort to...