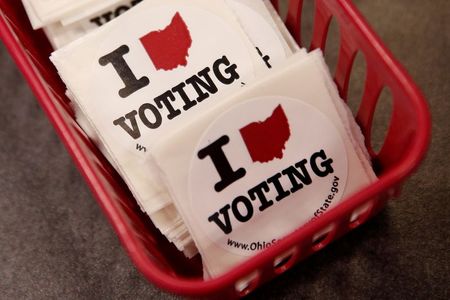 By Richard Cowan and David Morgan

WASHINGTON (Reuters) -An effort by U.S. Democrats to pass an election reform bill they say is critical to democracy was headed to likely failure on Tuesday in the Senate, where Republicans argued that the measure infringes on states’ rights.

Without Republican support, Senate Majority Leader Chuck Schumer will be unable to pass one of his party’s top priorities: a bill https://www.reuters.com/world/us/what-are-democrats-considering-including-voting-rights-bill-2021-06-17 that could offset a wave of measures passed by Republican-controlled state legislatures https://www.reuters.com/world/us/republicans-erect-voting-barriers-across-number-politically-crucial-us-states-2021-06-15 imposing new limits on voting.

Anticipating failure, some Democrats already were discussing alternative strategies for reining in the Republican efforts that reverse some of the 2020 election’s expanded access for casting ballots.

Democratic House Majority Leader Steny Hoyer told reporters the likely Senate outcome “will be a dramatic evidence of why the filibuster https://www.reuters.com/world/us/what-is-us-senate-filibuster-why-is-everyone-talking-about-it-2021-03-10 needs to be modified.”

He was referring to a procedure requiring at least 60 votes in the 100-member Senate to advance most legislation, instead of a simple majority of 51. The chamber is currently divided 50-50, with Democrats holding the tie-breaking vote in Vice President Kamala Harris.

Democratic Senator Debbie Stabenow alluded to possible legal action against Republican-led statutes in states, saying, “We have an attorney general and a (Justice Department) Civil Rights Division and a commitment from the president of the United States. And we will continue on in every way we can.”

Given the strong Republican opposition to legislation, Democrats were focusing on winning the support of all 48 Democrats and the two independents who caucus with them for opening debate on election reforms. That could help party leaders take future steps to achieve victory.

But first they had to persuade moderate Democrat Joe Manchin to join them.

Hours before the anticipated vote, Democratic Senator Amy Klobuchar said there still were no agreements with him on two major topics: voter ID provisions and mail-in ballots.

With the Democrats’ effort possibly languishing in the Senate, Priorities USA, a liberal political action committee, said on Tuesday it is dedicating $20 million “to support voting rights efforts through digital voter education and taking voter suppression laws to court.”

Among Democrats’ goals are expanding early voting in elections for president and Congress, making it easier to vote by mail and ensuring that certain campaign contributions are more transparent. Their bills also aim to remove partisanship from the once-a-decade drawing of congressional districts, which are at the heart of American democracy.

Republicans argue the U.S. Constitution gives states the power to set their own voting practices. But the Constitution also allows Washington to alter those rules, and Democrats argue they are only setting minimum standards for states.

The Democrats’ legislation, Senate Republican Leader Mitch McConnell said, “Would let Democrats take a red pen to election laws in each of the 50 states.” Speaking on the Senate floor, he added, “It’s a recipe for undermining confidence in our elections.”

His Democratic counterpart, Schumer, countered: “Republicans across the country are deliberately targeting all the ways that younger, poor, non-white and typically Democratic voters access the ballot.”

A survey conducted June 11-17 showed that 59% of adults oppose reducing early-voting hours, while 25% support doing so.

If the Democrats’ effort fails, new voting controls imposed in states such as Georgia, Iowa and Florida will be in place for the 2022 midterm elections in which Republicans aim to win back control of the U.S. Senate and House of Representatives.

Court challenges could result in some of these laws being stricken.

But Wendy Weiser, an elections expert at the nonpartisan Brennan Center for Justice, said court cases “are emphatically not enough.” Because judicial decisions could be time-consuming, “hundreds of state, local and federal elections will have passed” with the stricter rules in place. 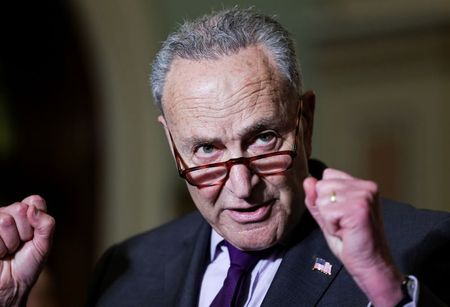 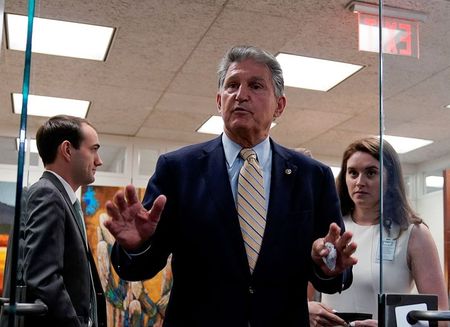 The shots are taken from a private home movie capt

A new stud led by scientists at the RIKEN Cluster